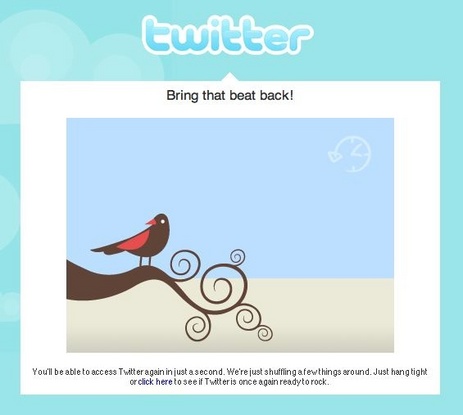 The nerve of some people! Alex Payne, the lead API developer at Twitter, is claiming that the Internet is broken. He is then kind enough to point out its flaws and what he feels will happen because of the so-called “broken Internet.”

I’ve got some words of advice for Alex: Fix your fucking APIs and your fucking service before you start complaining about the one thing that makes your company (Twitter) a reality. If I had a dollar every time Twitter was down, I’d probably buy you out.

This is why I don’t use Twitter. It’s a fad and it’s essentially, a service for losers and nerds who don’t have enough friends in real-life to text message. Seriously. Try texting your friends. Same shit as Twitter. Maybe we’ll see Payne wake up and smell the rotting whale carcass.