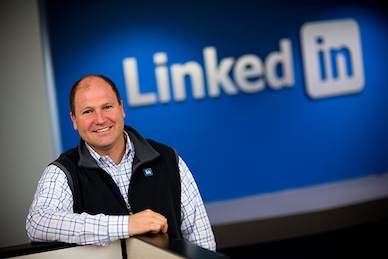 Once thought to be a dying breed of over-promised innovation, and overvaluation, the Internet I.P.O. is making a comeback.

LinkedIn, the professional social network (think Facebook with a Tuxedo shirt), opened on the New York Stock Exchange valued at $83 a share, almost double its I.P.O. price of $45. Total market value at the end of the day? Nine billion dollars, with shares leveling off at $94 a pop.

The last company to gain more than 100% on its first day of trading was a commodities market operator, Nymex, in 2006. The incredibly strong showing caused a ferver of trading in secondary markets where private shares are traded. What shares were in demand? Startups.

While the incredible strength of LinkedIn’s debut is encouraging for other web-based I.P.O.’s there is worry that fundamentals in evaluating companies, especially social media ones, has gone to complete and utter crap.

“If LinkedIn is worth $10 billion, you got to think, what is Facebook worth?” asked Peter Falvey, a managing director at Morgan Keegan.

Facebook has a private valuation estimated to be as high as $80 billion, and Groupon, the coupon guys, have been valued at $20 billion. If a company like LinkedIn, who finally saw profitability last year with $15.4 million in profit on $243.1 million in revenue, can be valued at $9 billion what will happen to the social media giants ranked ahead of them?

All of this seems to be setting up for another bubble, and I can’t help but feel bad for the owners and developers of these social media mavens. They work hard, produce useful and profitable products, but the investment world is slow, behind the times, and lacks an understanding of the service these companies provide. These companies have the potential to make tons of money, but greedy, bandwagon jumping, wave-riding investors will be the death of them. But, of course this boom is different. There aren’t a million and one web-startups falling from the sky everyday.

This is a different internet than in 1999. But, a lot of the same players are making decisions at large investment firms today just as they were in 1999. Good luck LinkedIn, Facebook, Groupon, Twitter, and Zynga, the new faces of a new Internet boom. May you survive the coming onslaught of doubters, naysayers, and worst of speculators.