Toyota gets back into sports cars with FT-HS Hybrid Concept 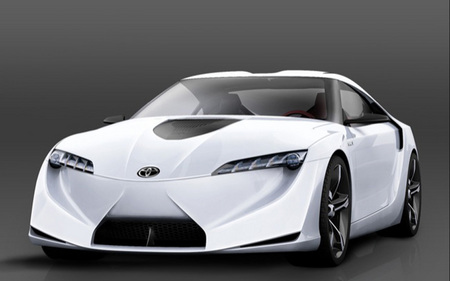 When Toyota halted the production of the supra, Celica, and MR2 Spyder, the future of Toyota sports cars enthusiasts seemed bleak. However, their ears perked back up again when Toyota revealed the new FT-HS Hybrid Concept. This new 2-door sports coupe is rumored to be unveiled at the North American International Auto Show on January 7th. The FT-HS is said to have a 292HP 3.5 liter V6 and a 197HP electric motor. There is a very nice design on this concept, but in the words of Marvin Gaye, ain’t nothing like the real thing, meaning that this is only a concept so you won’t get all the cool features. Yes that means you might lose hubless steering wheel, the retractable roof, or the interior focused on the driver; however you will probably get to keep the speed capability of 0-60 in 4 seconds. As of right now, the projected cost is around $35,000, which for a hybrid sports car is quite a good deal. Now you can pick up chicks and be high-tech at the same time; getting the chicks to actually get in the car is another story. More pictures after the jump. 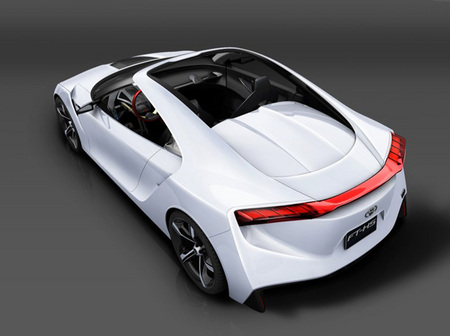 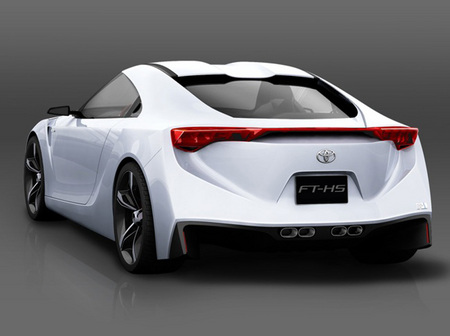 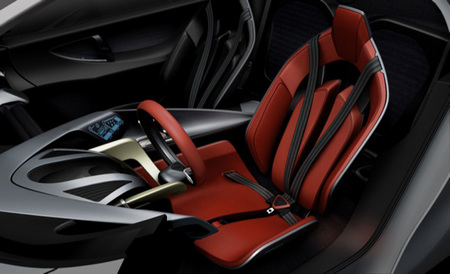