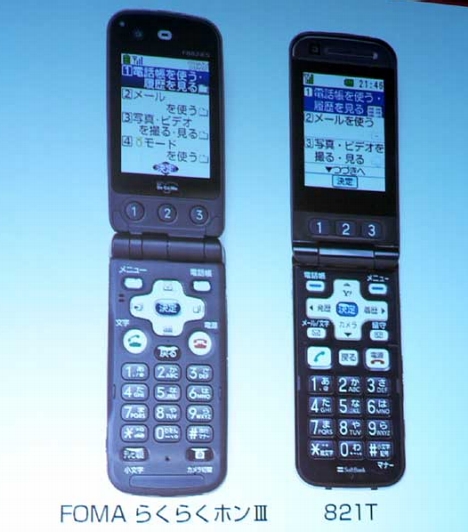 You know how China is a land of freedom in terms of copyright laws, with all those small brands copying Nokia phones and iPhones with the sole consequence of making (good) money. Now how about a big brand copying another big brand, this time being staged in the land of Japan? Jump for more drama.

This morning NTT DoCoMo and Fujitsu hosted a press conference stating that they have already filed a legal suit, demanding Softbank to withdraw Toshiba‘s Kandan Keitai 821T from the market, which is an alleged copy of Fujitsu’s Foma Raku Raku Phone III. Fujitsu, who has started developing the Raku Raku line of phones for senior citizens in 2001, went on to explain how the button layout and user interface were being copied by Toshiba, and that the 821T design looked “uberly close”. 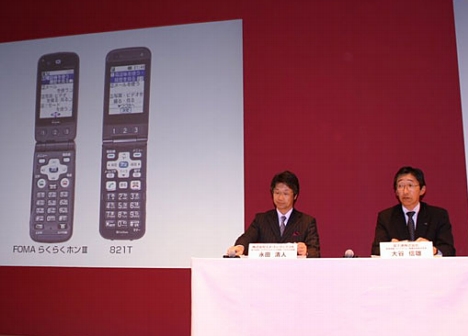 DoCoMo claimed that they have already warned Softbank before the launch of 821T , but the company has failed to give a reasonable explanation and went on to sell the clone. Later in the afternoon Softbank issued a statement saying how the 821T was also designed to target the “junior population”, hence differentiated from the Raku Raku phone. As far-fetched as that sounds (excuse me you’ve already had a different lineup for kids) the company would also tsk tsk with Toshiba, who is yet to comment on the drama. —Sam Chan