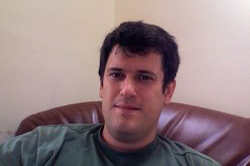 High school diplomas are, quite possibly, the second-most valuable piece of worthless paper that you will ever need — second only to a college degree, of course*. Of course, you more often need the first to obtain the second, so if you’re a high school dropout odds are that your career paths are limited to retail or the military. It’s not right, it’s not fair, but sadly that’s how the cookie crumbles.

Of course, if you’re Tom Pinckney or someone of equal intelligence you could bypass the whole “high school” thing and get accepted to MIT. Don’t believe me? That’s a shame — because it actually happened.

Tom grew up in rural South Carolina and mostly stayed at home writing video games on his Apple II. There was no place nearby to go to high school. He took a few community college classes but none of those places could give him a high school degree. It didn’t really matter – all he wanted to do was program computers. So when it came time to apply to college, Tom just printed out a pile of code he wrote and sent it to colleges.

Stanford, Berkeley and everyone else summarily dismissed his application on technical grounds – he didn’t have a high school diploma.

MIT looked at his code and said, “we like it” – we accept you.

For those of you who are still utterly clueless as to who Tom Pinckney is, he is a co-founder of SiteAdvisor (who was purchased by McAfee in 2006) and is currently the VP of Engineering for Hunch, an Internet personalization service… that he’s also the founder of.

Suffice to say he’s doing well for himself. I think this is one of those stories that should be thrown out there for those people who maybe have exceptional talents, but never finished their education.

*And just ahead of “Paternity Test.” HA! I’m a funny one…