Fans of Battlestar Galactica who don’t live in China have really been missing out. Apparently there is a whole different series featuring a “Saw-like” ending, while still maintaining its ability to be a “good-hearted tween comedy.” But frankly, I trust “Jom Monaghis of the Geiroit Free Press” over the San Francisco Chronicle (?) any day.

Not to mention that this crew apparently cruises through space in the Enterprise. Captain Kirk is going to be so pissed. Hit the jump for a closer look. 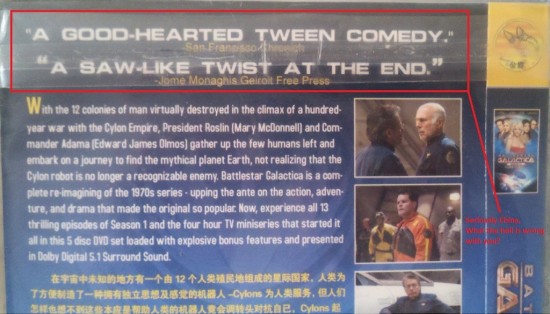 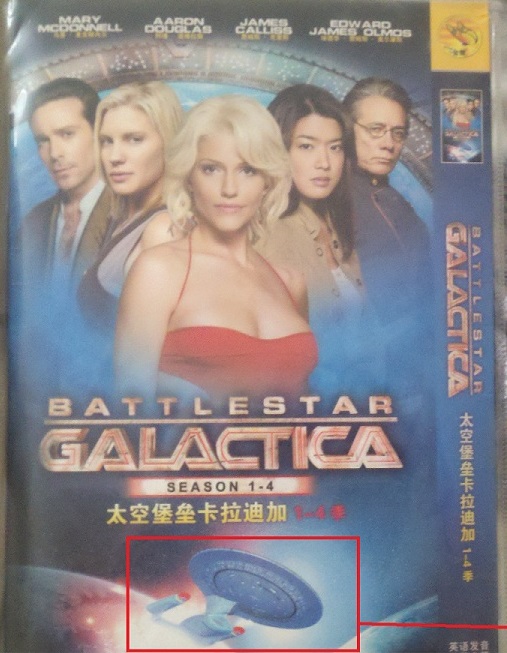