The Virus In Space 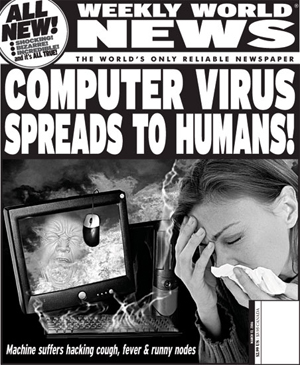 Get your mind out of the gutter, friend! I wasn’t referring to the terrible diarrhea the crew of the ISS got a hold of. To be quite honest, I’m talking about a nasty little worm for Windows that NASA somehow happened to miss. The infection, known as W32.TGammima.AG, can steal passwords and fuck up your system – something you don’t want happening when you’re literally out of this world.

NASA isn’t worrying about the bug. They say it’s not the first time a virus or worm has been smuggled into outer space. Man, diarrhea on the ISS would make for a great show on FOX.