The ultimate gaming system made by avid gamer 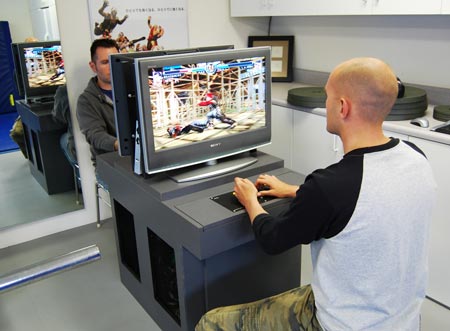 And you thought you were an avid gamer? This gaming fan has such a passion for playing, he just had to set up his own rig. What resulted was a head-to-head gaming system, much like the ones featured in many Japanese arcades. “In Japan, competition games like Street Fighter and Virtua Fighter generally have head-to-head cabinets and I wanted to recreate that feel at home with my own setup”.

Using his extensive 3D modeling knowledge, he rendered himself a design for his dream gaming cabinet and passed them along to a cabinet maker he had known when he worked in the video game industry. This monster houses a Playstation 3, with a PC running a AMD Athlon 64×2 Dual Core processor, 2GB of RAM, and a NVdia GeForce 7950 GX2 Video Card, all networked to his computer system inside the house for complete integration. He’s also my new personal hero. 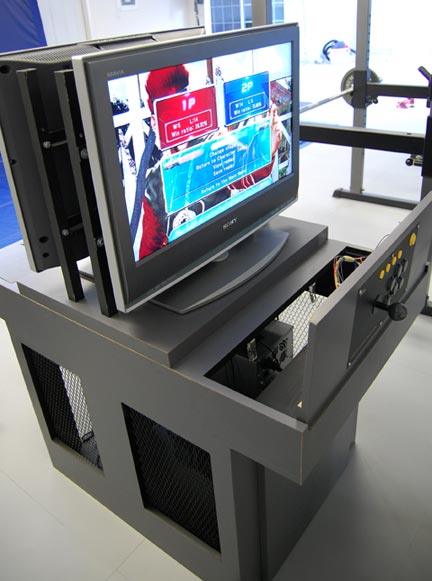 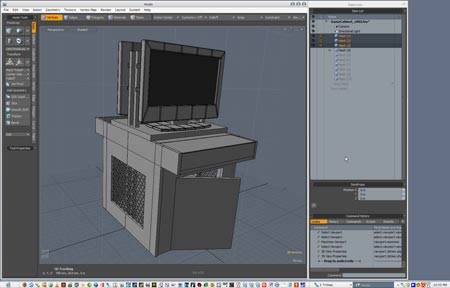 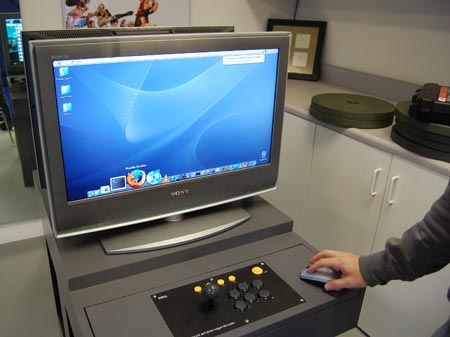 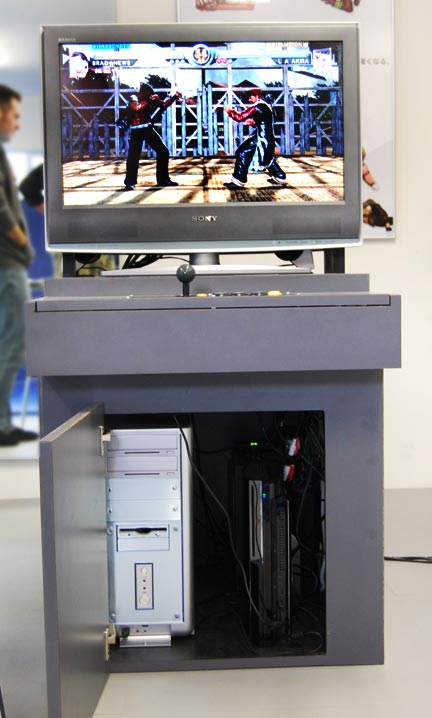