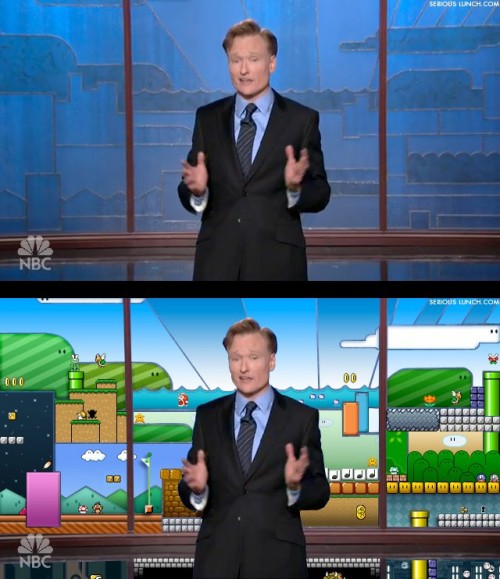 I’m a big Leno fan and also a Conan fan. While it was hard for me to watch Leno give up the keys to The Tonight Show, I’m sure Conan will do just fine. Already he’s making me grin with his new backdrop, which is clearly inspired by the Mushroom Kingdom from the Mario Bros. titles. Did anyone catch this particular episode? Is this an intentional thing or did someone just pick up upon it and photoshop it to hell and back? I’m going to roll with the latter idea.