The Super Mario Bros. Controls That Never Were 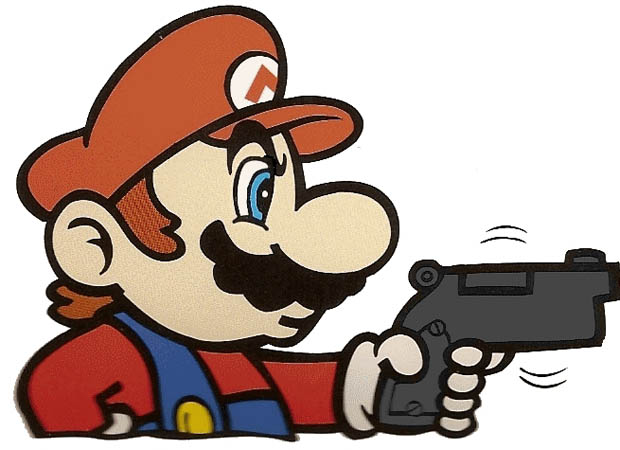 25 years after the fact, most novice gamers know that the controls for Super Mario Bros. on the NES consist of two major inputs: “A” equals jump, “B” equals run or shoot fireballs. It was this simplicity that lived on in the Mario games that followed. But these controls were not always in the plans for our favorite chubby plumber.

A booklet included in the Wii title “Super Mario Collection Special Pack” contains the original plans that Miyamoto prepared for the game before it ever reached stores, and from the looks of it, gameplay would have been a shade different. The Up button would have made Mario jump, the B button would have maintained its running control, but also would have added a function to propel Mario when he was equipped with a rocket, a feature that never quite made its way into the finished product. The A button would have been the attack input, shooting rounds from his “rifle or beam gun,” or allowing Mario to kick if no weapon was equipped. Rockets? Beam guns? I’m listening.