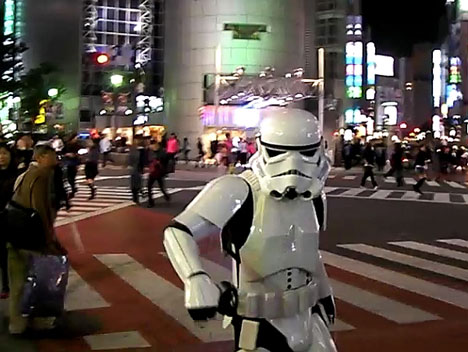 Ever wondered what would happen if a Stormtrooper were to land in downtown Shibuya? Well, apparently it leads to an all-out Stormtrooper dance party. Danny Choo and his band of video recording nerds set off to host the dance party of the century.

Sadly, some camera malfuncions led to the crew not getting as much footage as they wanted. But they got just enough to make us take notice. So, when’s the Star Trek prom? — Andrew Dobrow