The Reveal Of The HTC One Max

The physical appearance of the HTC One Max may just have been revealed, unintentionally of course. 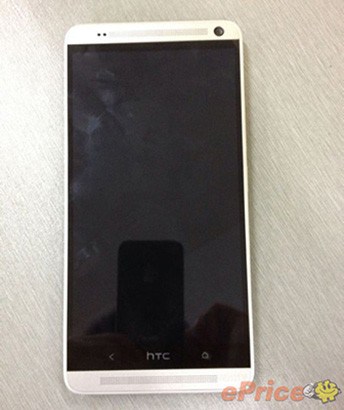 Back in early July the UK carrier, O2 revealed the upcoming HTC One Max when they published an image of a document from O2 Germany. Well, another “leak” has come out from Taiwanese site ePrice that reportedly reveals just what the HTC One Max will look like (see above image.) The product shared in these photos features a 5.9-inch 1080p display.

The official release of the HTC One Max is scheduled for September according to ePrice‘s sources. Stay tuned for more news on this one!