The Prosthetic with a brain 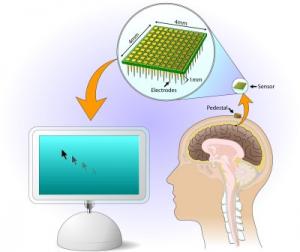 Bodyhack’s Randy Dotinga was an attendant of the AAAS conference, one of the largest scientific conferences in the world, and discusses his experience sitting on the panel of the neural implants and prosthetics. The conversation quickly changed to the evolution of brain science. One matter discussed was the ability of a prosthetic to not only just be an artificial limb on the end of a stump, but a intelligent part of the patients body and image. The ability to implant sensors and chips in the brain is allowing scientists the opportunity to discuss such technology’s with increased seriousness.

While we might not yet be at the point of the sort of prosthetic Luke Skywalker gets for his hand in Star Wars after battling Vader, which is more robotic then anything else, the thought of smart prosthetics brings us one step closer to the thought of cyborg intelligence, cyberkinetics, and possibly much easier lives for those who need prosthetics. — Andrew Dobrow