The most extreme camera test in the world: how tough are “tough” cameras?

When we talk about reviewing cameras, most people will think about the image quality, user interface, external design and so on. When those outdoor anti-drop anti-dust anti-splash cameras get reviewed, nobody seems to have the guts to actually test if the camera can really withstand what it claims it can. Chinese site PConline has tested the Olympus [mju:] 770 SW digital camera. Apart from all the usual imaging tests, they also put the camera through a series of ruthless tests. They started by having a 75kg dude stepping on it, then  they dumped  the camera into the ocean, washed it with soap, froze it… and a lot more. Jump to find out how hardcore the 770SW is.

First they dumped the camera into the sea, since Olympus claimed that the camera can shoot pictures at up to 10m underwater. The camera survived the test and managed to take a couple of blurry photos, but that’s more to do with water quality than the camera’s potential. After that, they washed the camera with soap. 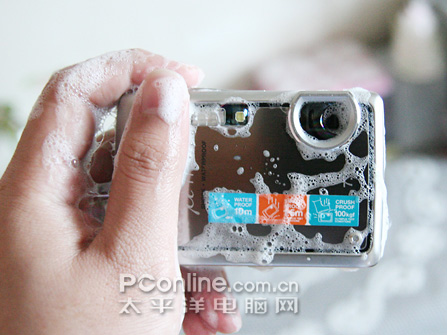 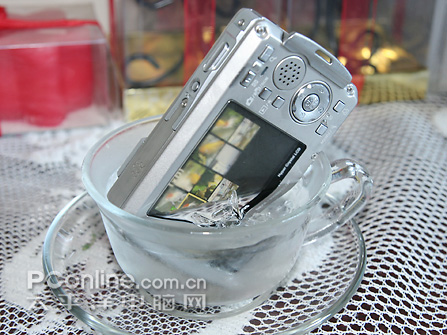 Next we have the anti-shock test, so the guys left the camera on and had it tied onto the rollerblade of a kid. The camera was also put through a drop test, and it survived in the 1.5 meter drop…

As we can see, the Olympus [mju:] 770SW managed to deliver what it promised. We’re pretty sure that the picture quality can’t be too bad, so if you are looking for a hardcore digital camera, the 770SW is a safe buy with evidence. — Sam Chan