The Hoff and Pam Anderson Get the LEGO Treatment 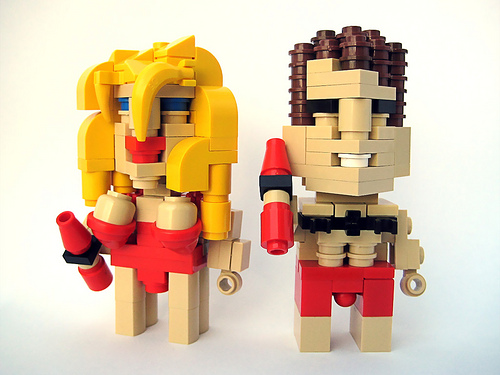 Two of the biggest stars from one of the best of the worst shows from the 90s. Baywatch launched a revolution, not of television, but of wanking. There is no telling how many tissues this show wasted. I probably killed a small forest myself. I mean, just look at that body. He must work out.

It was only a matter of time, we suppose, that the prototypical 90s series entered the realm of geeky mash-ups. David Hasselhoff and Pam Anderson don’t look nearly as good these days (especially Pam… yikes) but their LEGO counterparts catch their image from their glory days of sexual iconic-ism.