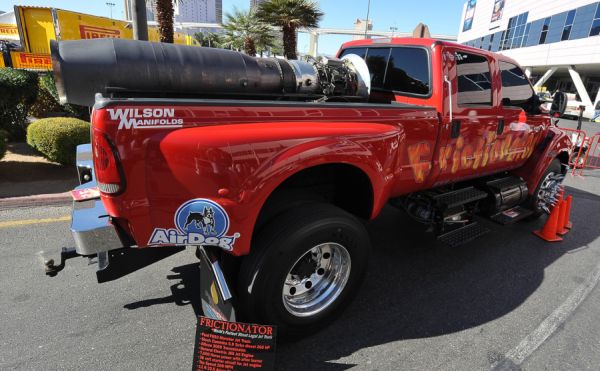 This truck might look like your average pick-up, but inconspicuously attached to the truck’s pick-up is a General Electric J85 Jet Engine. Wouldn’t have even noticed unless I pointed it out, huh?

The jet engine boosts the trucks horse power up to a massive 7000 hp, allowing the truck to hit a max speed of 200 mph. Believe it or not, this monster is technically street legal. That’s until the engine’s heat turns the following vehicles into heaps of molten lava. No guarantees that you’ll be street legal yourself after your deafened by the engine’s roar. If this thing can be street legal, so should a Boeing 747.