The Four Velociraptors of the Apocalypse 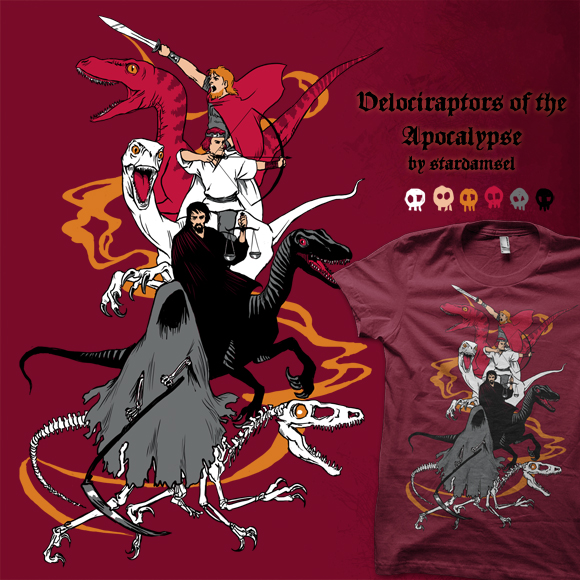 A single Velociraptor might not have been much of a match for a Tyrannosaurs Rex, but a quartet of raptors with an evil appetite could take on the world. The Velociraptors of the Apocalypse t-shirt put an end to the debate on what caused the global extinction of the dinosaurs. Recent scientific discoveries suggest that Chuck Norris might have had much less impact on the mass extinction then previously believed.

Designed by Anne Kelley, the Velociraptors of the Apocalypse t-shirt is up for voting over at Woot for its opportunity to be sold on shirts.woot.com.