The Evolution of Fraud in the Internet Age

Human beings have been defrauding one another since before we kept track of time on anything other than the sky. While numerous methods have been used over the years to combat and defend against it, the Internet has made fraud detection and protection more difficult and crucial. With money regularly traveling around the globe in less time than it takes to bat an eye, keeping pace with what is legal and what is not is no easy task.

The first insider-trading scandal took place on American shores in 1792, and because the lure of easy money seems to be part of the human psyche, it’s stuck around and changed forms along with the times. Tracking and prosecuting fraud in the 18th century was quite simpler than it is now. Fraud in the 21st century is as evolved as the technology we use, and you’ll need a degree such as a Bachelor of Science in Economic Crime Investigation to properly deal with it. 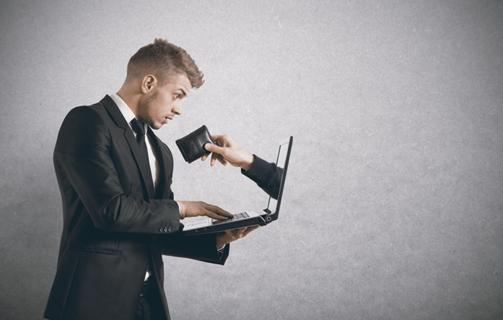 Believe it or not, Internet scams have been around since the 1960s when government organizations, banking institutions and universities employed intranets across internally networked computers for communication purposes. The earliest abuses were mostly harmless pranks, perpetrated by college students, but more malevolent hacking was bound to enter the picture at some point. From phishing to the allure of mail-order brides, those early days could hardly have envisioned the future and its money-losing surprises.

Phishing and pharming are the primary — and earliest — domains of Internet fraud. By posing as a legitimate online business or organization, unscrupulous scammers “phish” for valuable information. Once a false sense of trust has been established, the fraudster sets the hook and hauls in the catch, getting personal or financial information out of an unsuspecting victim who oftentimes merely filled out a form or responded to an email. With fake pop-up ads, websites and email addresses giving what appears to be a genuine face to an organization or business, sensitive data makes its way into the wrong hands — and those wrong hands are far from idle. They also do “pharming” in which they install stealth software on computers so people are misdirected to fake websites where their private data can be entered and subsequently stolen. Both pharming and phishing thrive on misrepresentation and while they are illegal, people still fall prey to them every year.

Money-transfer schemes often masquerade as “work from home” jobs that are nothing more than old-fashioned money laundering. Fraudsters lure people into allowing money to be transferred into and out of their bank account for a commission fee based on the amount. Often, this scheme comes with a sob story about trying to avoid harsh tax laws, an unfortunate refugee status, persecution and the like. Regardless of the story accompanying it however, this scheme is taking someone else’s stolen money and “cleaning” it by sending it through the unaffiliated person’s account. Here’s how they work: Through the use of Trojan and key-logging viruses, scammers steal a person’s banking details online. Then, they transfer stolen money from its rightful owner’s account into the account of the person who is going to unwittingly launder it, and from there it passes on to another account — the scammer’s. Because it requires no work on the part of the individual whose account the money is sent through and a commission is gained, the “free” money is tempting, but falls under fraud laws. Participants in this scam could be held criminally liable for their part — even if they were ignorant of what was truly going on.

Most fraud on the Internet is impersonal and technology-driven, but mail-order bride scams reveal that being able to trust a vendor to deliver what is promised is as important as keeping your financial data and Social Security number safe. Preying on the lonely, mail-order bride scams bilk men out of money for everything from English language courses to travel fees, and even if the scam does lead to a marriage, it will often end in divorce as soon as green cards are gained. Heartbreak and money loss —Internet fraud at its worst — and it’s still going on.

Internet fraud has a short but diverse history, and most of its early scams are still existent, albeit with a little shift here and there to pull in a new of hapless user. Protecting yourself against fraud isn’t what it used to be, and you can bet it’s also not what it’s going to be in the future, either.