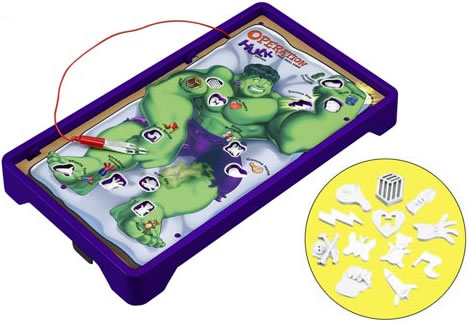 Everyone has played the game of Operation at least once. You know, the game of human dissection, where you have to remove foreign objects from a man without waking him up mid-procedure. Hasbro has been working on a new Hulk edition of the classic board game, which we guess has something to do with the newest Incredible Hulk movie.

Hasbro has yet to announce an official price for release information for the Hulk Operation game, and frankly, it might be some sort of prank from the Hasbro team. But regardless, it would be pretty damn fun poking around the Hulk’s body, praying not to wake up the not-so-jolly green monster. 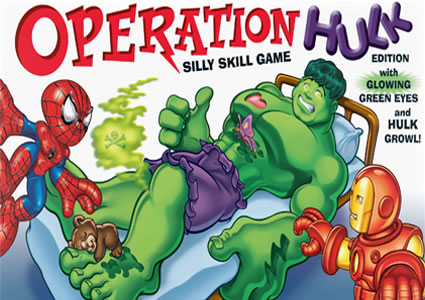