The Computer Bong: Hardware You Can Smoke 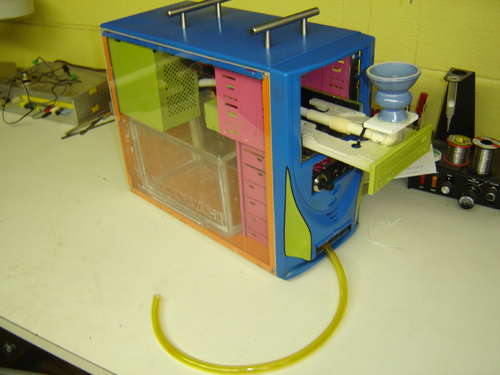 Somebody’s finally up and done it. The YaHookah is a computer (or at least what used to be described as a computer) you can literally smoke, smoke until you’re damn near dead. And the creator didn’t stop there. He was generous enough to write up a step-by-step DIY project over at Instructables, so you can be smoking from the comfort of your own computer in as little as a few hours.

I’m not sure what the difference is between a hookah and a bong, but something tells me the differences are few and far between. One just happens to be filled with legal smoking material, while the other? Well, it’s not legal yet… “technically.” But this whole medical marijuana debate is quickly making the days of hiding your joints a thing of the past.