The 12 Coolest Extreme Clocks That You’ll Never Own

Clocks are one of those gadgets that we don’t realize how important they are to our lives until we are left without one. Luckily, most cellphones these days come with a clock and alarm built right in, but for some people, this just isn’t enough. Some of us need that little (or sometimes, huge) extra boost of motivation to pull those covers away from our bodies. The 12 clocks which follow are not for the light-hearted or those with high-blood pressure. These take the word clock, and bring it to the extreme.

So, without further adieu, we present to you the 12 Coolest Extreme Clocks That You’ll Never Own. Read on, brotha’. 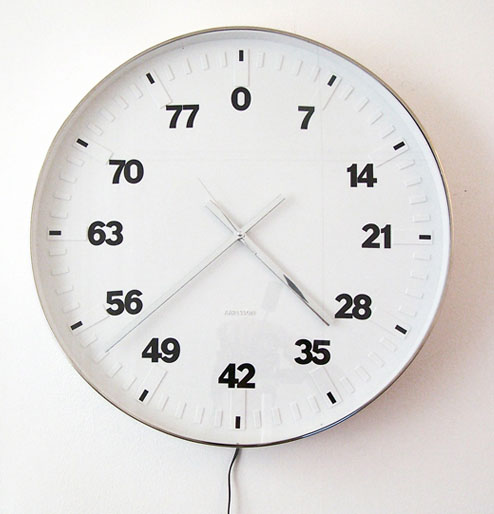 The Lifetime Clock
Why You’ll Never Own It: Despite the clock being totally impractical, most of us spend our lives trying to avoid the inevitable aging process. Not watch it as it crawls along.
Price: None, it’s just a concept for now. 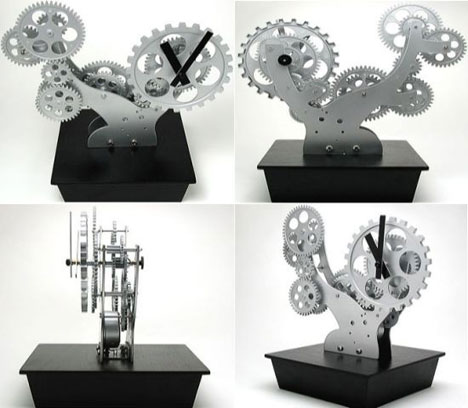 The Bonsai Gear Clock
Why You’ll Never Own It: All of the little gears and breakable parts aren’t good for people who have children in their life in some form. Plus, you might choke on one of the pieces if you get hungry. The Bonsai design might make you feel like the Next NEXT Karate Kid, but trust me, you’re not.
Price: $90 from Visions Coax 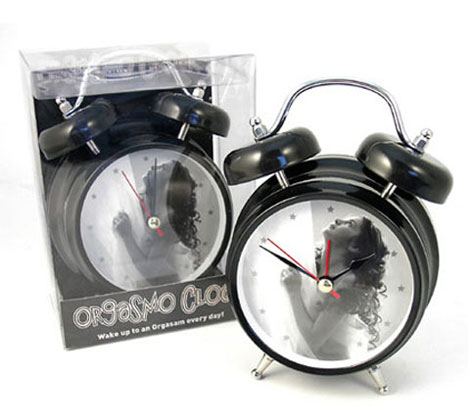 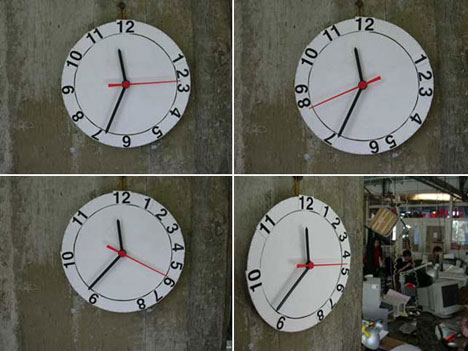 The Flexible Time Clock
Why You’ll Never Own It: Having the ability to alter what digits fall where on your dial might be beneficial to you and your sleeping habits, but try as you might, the clock will not change the laws of physics, or the fact that your boss will be smoking from the ears if you show up at 11 instead of 9.
Price: None, conceptual 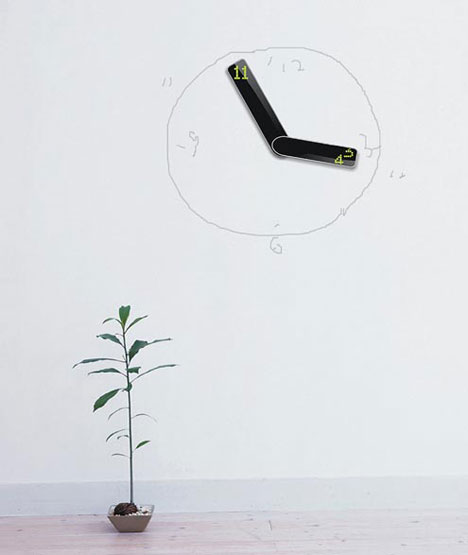 The Vice Versa Clock
Why You’ll Never Own It: If this clock existed in the consumer market, you might very well own it. Sadly, it’s only a concept. The concept is a cool one though. A clock with no face. Instead, opting for revolving display hands and a funky analog style.
Price: None, conceptual 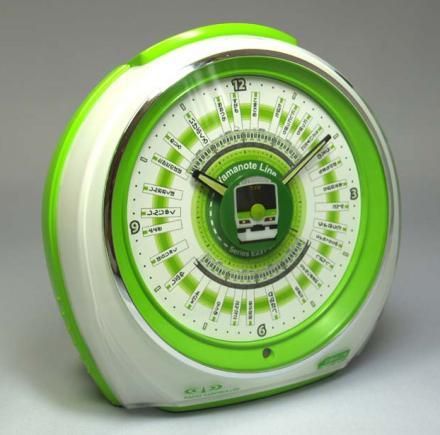 The Yamanote Train Line Clock
Why You’ll Never Own It: Keeping tabs on the busy Yamanote Line in Japan, the clock will make sure your schedule is on tabs with the movement of the trains. The only problem is that is an extremely pathetic existence unless you are a train conductor.
Price: $78, from Yume-Kobo 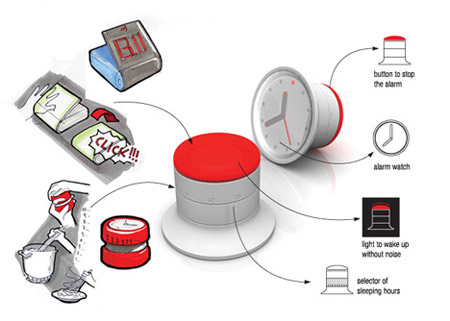 The Hybrid Alarm Clock
Why You’ll Never Own It: The Hybrid Clock uses a series of rapidly bright blinking lights to wake you up, instead of the typical chirping. If there were a litmus test for epilepsy, this would be it.
Price: None, conceptual 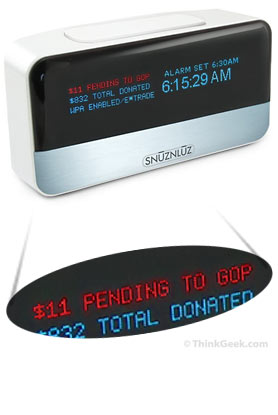 The SnuzNLuz Alarm Clock
Why You’ll Never Own It: SnuzNLuz uses the power of principles, morals, and greed to wake you up and keep you up. For every minute you stay in bed, the clock donates a certain amount of money, from your bank account, to an organization which you loathe. God forbid you leave this on all day.
Price: $39.99, from ThinkGeek, that is, if you’re a fool (was an April Fool’s joke product.) 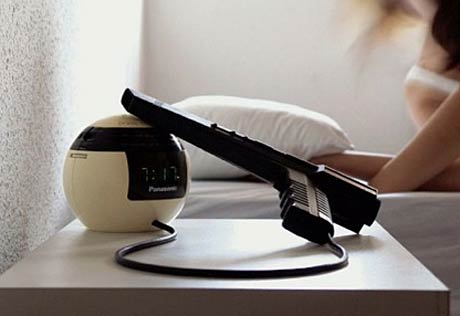 The Alarm Gun
Why You’ll Never Own It: It sounds fun enough. Shoot your alarm clock with an infrared gun to shut it the hell up. But this is a DIY project, and you’re way too lazy for something like that.
Price: None, DIY/Conceptual 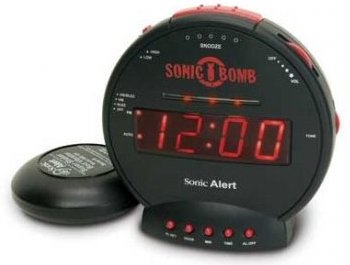 The Sonic Boom Alarm Clock
Why You’ll Never Own It: If a normal alarm clock isn’t loud enough to wake you from your coma, the Sonic Boom clock, with its 113 decibels of volume, will not only wake you up, but wake up and deafen half of he people on your block.
Price: $40, from Marilyn Electronics

The Super Large LED Clock
Why You’ll Never Own It: A clock of this size is only practical for two locations: Under a bank sign or on the scoreboard of a sports event. If you were to have a clock this size in your room, you would never get to sleep just because of the sheer brightness.
Price: $110, from Brands On Sale 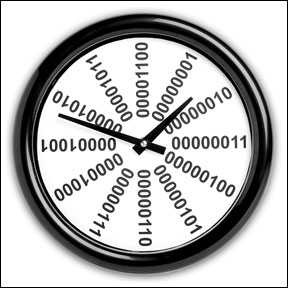 The Binary Code Clock
Why You’ll Never Own It: Do you honestly know binary? And if you don’t, owning this clock is sort of poser-like of you. Don’t be a fake nerd. We have more faith in you than that.
Price: $40, discontinued

Hope you enjoyed. And remember, don’t procrastinate, or the alarms will get ya!