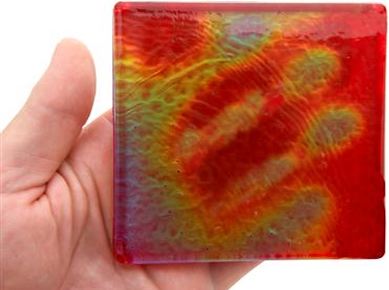 Some of you don’t mind if your balls are suspended in ice cubes as you scrub-a-dub in the shower. Others just don’t feel comfortable unless the shower water is melting their skin away a la that Nazi dude in Indiana Jones and the Raiders of the Lost Ark. And of course, there are those of you who either don’t give a shit, or just plain don’t shower (you disgusting barbarians.) These totally pimp Temperature Sensitive Glass Tiles look totally sick in your shower, no matter which temperature choice you prefer.

The manufacturer allows you to choose the activation temperature. The tiles pass through three phases of colorful awesomeness, which change after about 6-10 degrees. When the temperature peak is passed, the tiles return to their base color. So all in all, the tiles are at their coolest as the temperature rises to its boiling point. Warning: we don’t recommend dipping your balls in boiling water. 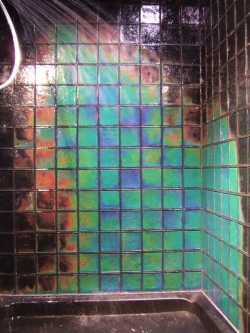