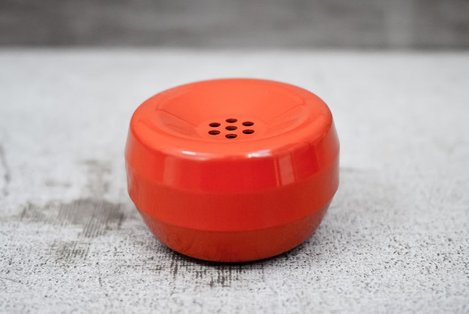 Most people who own a smartphone know what emojis are. They’re the little smiley pictures you can send your friends that sometimes show-up on your phone as Asian characters (no, not Mr. Chow from The Hangover or Oddjob from James Bond.)

The Telesound speaker allows your friends to hear the emojis you send, rather then just see them on their screen. Sending an emoji to your friend instantly sets off their Telesound with the pre-programmed sound associated with the emoji you sent.

For example, if you send a birthday cake emoji, the ‘Happy Birthday’ song plays. There are over 1000 sounds programmed into the Telesound, which means multiple sounds for each emoji. Check out the video below to see the Telesound in action.