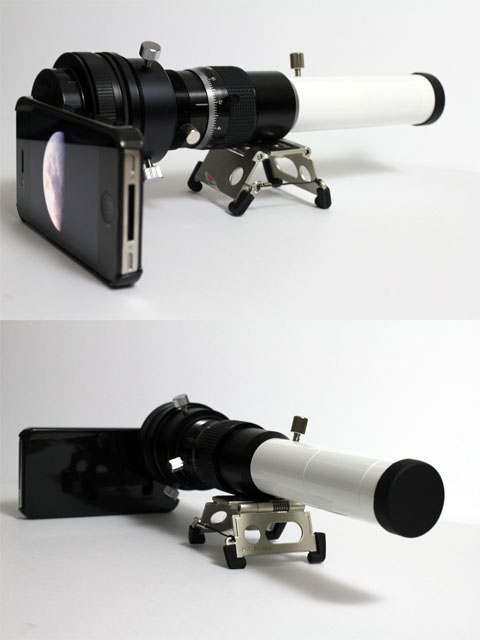 Don’t get me wrong. The new 5 megapixels sensor of the iPhone 4 is a vast improvement over other iPhone models, but it just doesn’t do the trick for taking some of the detailed, intricate photos some of us enjoy taking. Japanese stargazer Jurilog decided that instead of using a DSLR camera, he wanted to use the iPhone 4 to capture a detailed shot of the moon.

So Jurilog did what any true geek does when technical specs hold you back: He molded the specs to his liking. By attaching Borg’s Pencil Borg and a Vixen LV5mm eyepiece, the iPhone 4 was transformed into a camera capable of picking up every nook and cranny of the moon’s cratered surface. Check out the “moonshot” the phone captured after the jump. 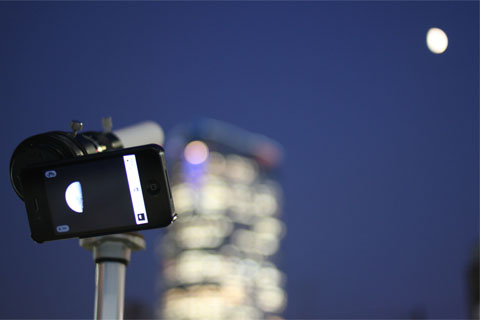 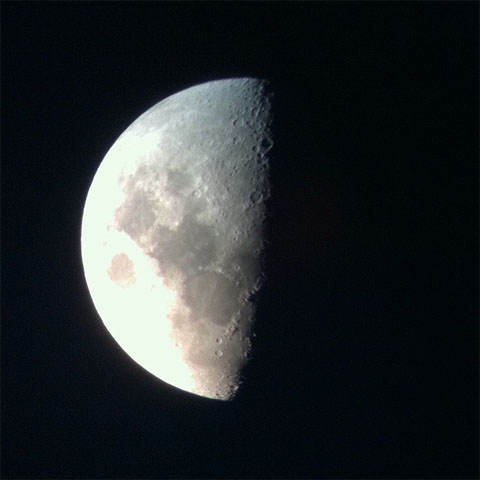