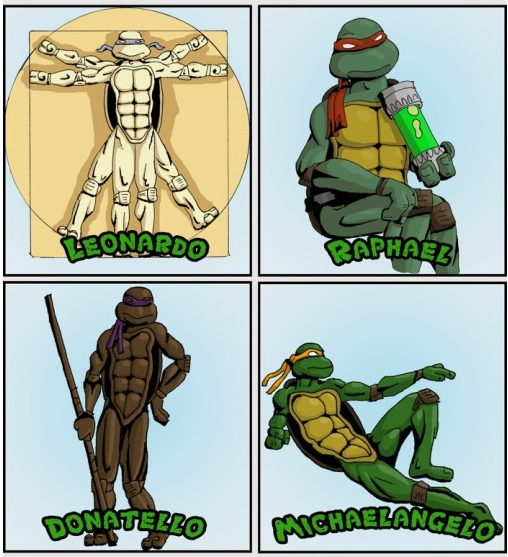 While it’s a well known fact that each of the Teenage Mutant Ninja Turtles are named after influential artists (no, they aren’t named after random dead Italian guys,) it’s become difficult for some people to place the name with their respected art pieces, lazy as art education as become. These awesome drawings pose the iconic turtles as pieces of art by their respected namesakes.

As an added bonus hit the jump to see humorous artistic renditions in the style of modern artists as well. Teenage Mutant Ninja Lincoln would approve.