The Last Great Games to be Released on PS3

Now that the PS4 has been released, the PS3 is facing its autumn years. We’re now in that awkward phase of watching this titan of a console being slowly phased out. The PS3 was released in 2006 and judging by the quality of the games that are being released now, its clear that owning a PS3 was a worthwhile investment. Game designers are still unlocking new potential within the system.

END_OF_DOCUMENT_TOKEN_TO_BE_REPLACED

Sony has dropped the price of the PS3 on their site, which has also prompted a price drop at other online retailers. However, no word on if this price drop is permanent.

END_OF_DOCUMENT_TOKEN_TO_BE_REPLACED

Could This be the New PS4? 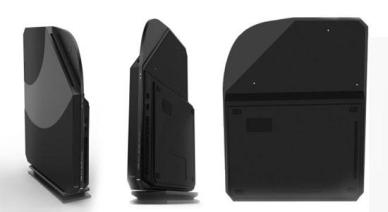 END_OF_DOCUMENT_TOKEN_TO_BE_REPLACED

I’m not quite sure if this is intentional or one of the most bonehead moments in gaming release history, but either way K-Mart has mysteriously let slip some critical information about Sony’s future console releases and plans. Displayed on the K-Mart front page was an ad for a “new low price” and a “new exciting” PS3. Soon after the discovery ...