T-Mobile Sidekick 2008 Skins From Skin It 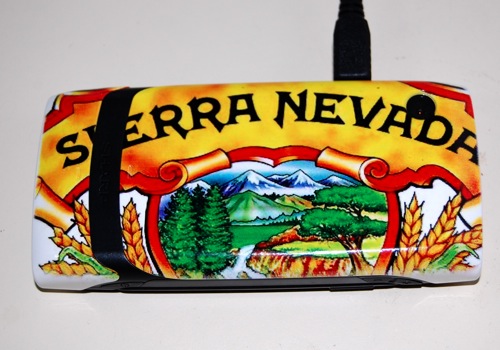 T-Mobile was kind enough to send me the new Sidekick 2008 model early so I could spend some time getting acquainted with it. Lately, T-Mobile has really been ramping up Sidekick production with models like the Slide and LX. The 2008, the latest model, isn’t vastly different than the Sidekick LX. It’s a little smaller, which is a major issue as it makes using it much easier. Battery life still sucks and the camera is improved a bit but is still lacking a quality CMOS chip.

One major feature of the Sidekick 2008 is that you can skin it. T-Mobile has teamed up with, ironically, a company called SkinIt.com to give you the ability to customize your Sidekick in full. Add colors, text and drag any image you want over the shell to create a personalized phone that really fits your style. Here, take a look at what I came up with and see if you can tell what my style is (hint: beer): 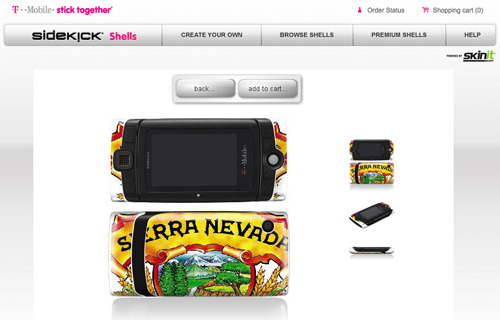 Yes. I am now the proud owned of a Sierra Nevada Sidekick. One-of-a-kind. How cool is that? With the ability to choose a white or black shell, the possibilities are endless. The web-based design tool is made with Adobe Flash and works OK. Some things were easy to do while other features had me tearing my hair out. I hear that the designer isn’t full finished yet, so hopefully T-Mobile can bang out these last minute issues. 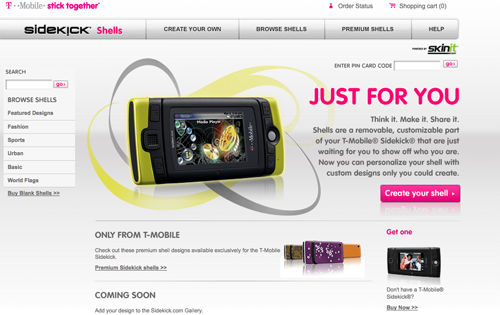 Other then that, SkinIt and the T-Mobile were made for each other. The Sidekick 2008 is one of the better devices T-Mobile has released and enabling users to customize the shell entirely is a key point for it’s success. The price is right too: $9.99 for one shell and $14.99 for two. Affordable and a fantastic gift idea for your friend with a SK08.