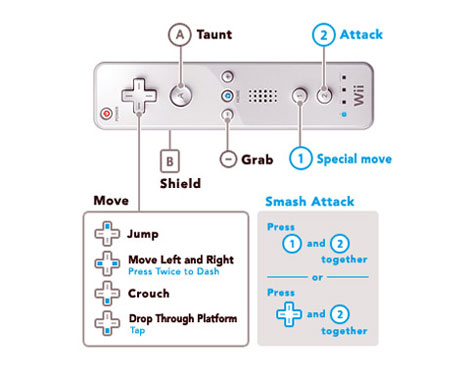 Super Smash Bros. for the Nintendo Wii console is playable with four-different types of controls. The first three are the standard nunchuck, classic controller, and game cube controller, though the new game adds a new method to the mayhem.

Super Smash Bros. can also be controlled by turning your Wii Remote on its side, giving it a classic controller feel. We suppose this allows for easy integration between sensor playing and classic standard navigation. How many more ways will there be by the time the Wii is obsolete? No wonder the system has such a rabid fanbase. — Andrew Dobrow