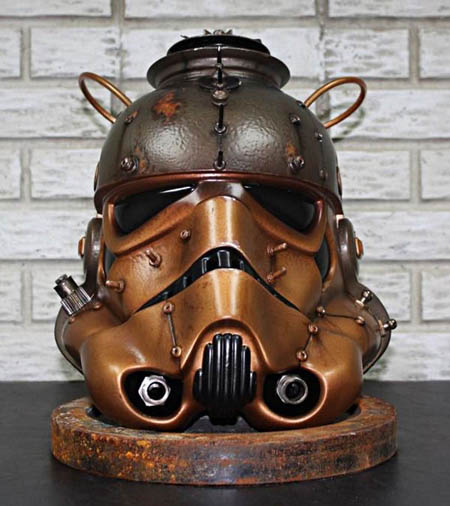 No doubt about it, the Star Wars universe just wouldn’t be the same without the shiny white uniforms of the Stormtroopers, but maybe the boss Stormtrooper man could wear a steampunk-themed helmet. You know, just to differentiate himself from the crowd. Though this might defeat the purpose. I think the anonymity of Stormtroopers added to the fascist overtone of the Empire. Almost akin to the Nazis and their Aryan army.

Allusions to history aside, this Steampunk Stormtrooper Helmet is undeniably cool. Just unabashedly awesome. The white becomes bronze, the sterile becomes gritty, clean becomes rusty. So yeah, things would be a little different in the Star Wars universe. Whether for the better or for the worse is for you to decide. 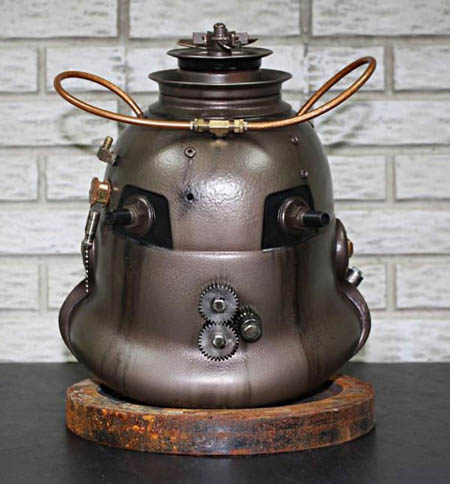 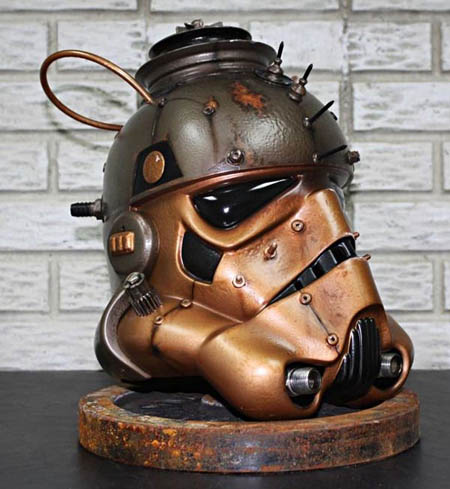