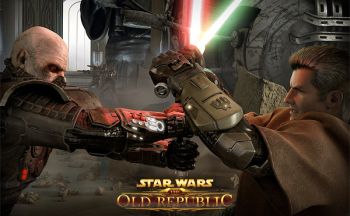 When gamers first received the news that Bioware’s much-anticipated MMORPG would be released five days early, they were ecstatic. Now, it looks like there’s even more good news — Star Wars: The Old Republic will be open for early access starting tomorrow, December 13th.

In case you didn’t know, early access is a period of pre-release gameplay given to customers who pre-ordered the game. Early access will apparently be granted to players in “waves”, which will be released depending on when a customer placed their preorder.

So, if you preordered Star Wars: The Old Republic back in July, chances are that you’ll be able to play starting tomorrow.

Right now, early access to the game will end on December 19th, as the servers will be briefly taken down to prepare for the game’s official launch.