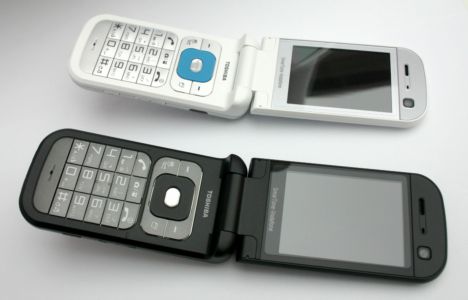 Gearfuse is bringing you reviews that you have never seen before, we call them spot reviews. No boos and no fancy paragraphs going on and on. Everything is kept in a precise and concise manner, covering absolutely everything you need to know whether you were thinking of buying or not. As we announced it a few days ago, here is the exclusive spot review of the TX80 phone, first in any non-Asian language site on the internet.

Market availability: Currently it is being sold by SmarTone-Vodafone in Hong Kong, we are also expecting it to be carried by FarEasTone in Taiwan, and hopefully by Vodafone in Europe.

Market price: 290 to 480USD depending on contract, which is way over priced.

Size and weight: (96 x 49 x 19.6mm 111g) Typical Japanese clamshell size, we consider the overall span reasonable with the 2.4” screen size and 3.2 Megapixel camera. Fairly pocketable thanks to the thinness. 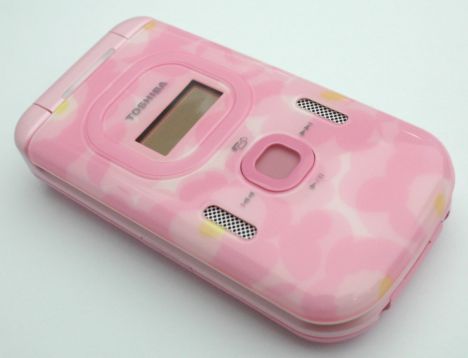 Design: funny looking and not the most attractive out there, you either like it or hate it. The Music buttons are arranged as a 4 directional key found on the surface between the stereo speakers. Shutter key, volume keys and Infrared port are found on the right. The microSD slot and headset jack are found on the left. Battery at the bottom, camera and LED flash module with manual macro/portrait focusing switch at the back. 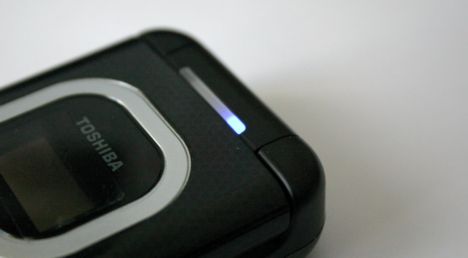 Signal LEDs: These are multi-color lights found at each side of the hinge and are used to signal battery charging status, incoming calls, new messages and dropped calls. The lights will blink until you flip open the phone and acknowledge these missed events. This is a typical set-up on Japanese-Japanese phones, really handy when you leave the phone on the desk when you’re away, or turning off even the vibration in a serious meeting. This is something that we feel that European manufacturers might want to follow. 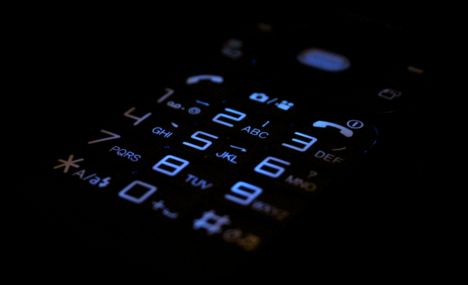 Keypad: huge keys measuring 13 by 6mm, good tactile feedback towards the soft side, extremely comfortable for SMS addicts. Backlight is blue, even and sufficient.

Built and durability: excellent built, no glitches at all. Shinny surface not prone to fingerprints. We didn’t manage to scratch it even by carrying it around in jeans pocket for 7 days.

Eyes to see, ears to hear 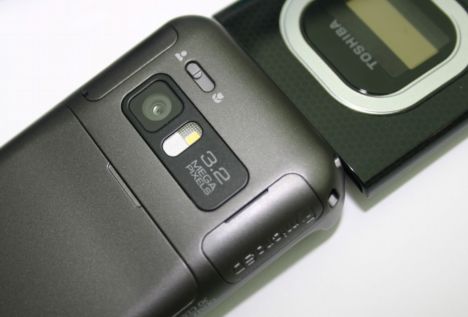 Camera(s): 3.2 Megapixels CMOS, with manual focus switch that you can choose between macro and normal; the power of LED flash is average. You can also use the internal VGA camera to take pictures of yourself. 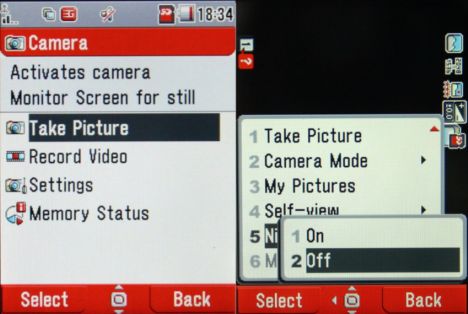 Picture taking: Overall the camera is really speedy. To turn on the camera, you can either press and hold the shutter button at the side, or dig in the menu. The camera mode takes about 2 seconds to start up, shutter lag is less than half a second, saving a full resolution picture takes about 3 seconds. Other options such as night mode, self-timer, white balance, color control (light, intense, neutral) picture effects (sepia, black and white), exposure (-2 to +2) and date stamp are all in place. You may use resolutions from 96 x 128 to 2048 x 1536. The maximum digital zoom is 12.8 times. Shutter sound can be turned off. Picture quality turned out great, even with the fixed focus lens, most images are sufficiently sharp. Night performance is well above average. Auto white balance is generally accurate outdoor, but it seemed to have some problems indoor. Personally I would say that pictures are comparable to Nokia N80, but loses out to SonyEricsson K800i in terms of sharpness, accuracy of color reproduction as well as flash (xenon vs LED). Full sized picture samples coming up soon, once the line is fixed after the earthquake.

Video recording: Videos can be recorded in QVGA or 176×144 resolutions. Since the format supported here is 3G2, the sound quality won’t be the best. The videos taken however, are quite smooth.

Ringtone: the use of MP3 files are unlimited, say buh-bye to stupid DRM. The 64 chords polyphony came out with great quality, too bad the volume is even softer than the Sharp 903. 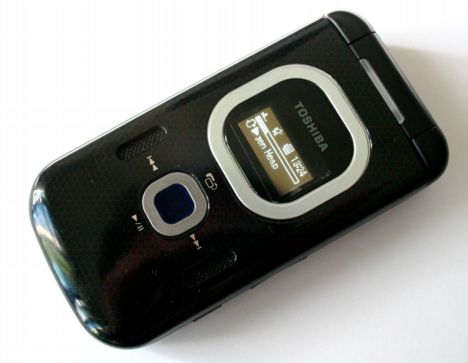 Music functions: The music interface is intuitive and background playback is supported. Sound quality is on pair with SonyEricsson Walkman phones (i.e. no hiss, unlike the Nokia 5300). The bundled remote allows users to move around tracks and adjust the volume without taking the phone out of the pocket, and also attached your favorite headphones to the other end. It is a pity that there are no equalizers built in and Bluetooth A2DP profile is not supported. These two have discredited part of TX80’s “music phone” claim.

Streaming media: this actually has more to do with the reception, where we found no fault with. 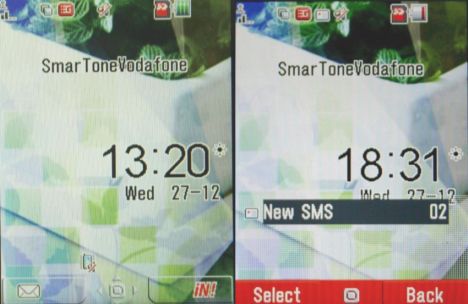 User interface: similar looking to Vodafone’s standard interface. Red bar at the bottom cannot be removed, apart from the stand-by screen, where the softkeys are transparent. There are 4 themes built in, but users cannot download or install new themes themselves. Button response is instantaneous. No crashes and no freezes.

Memory: 40MB internal memory plus microSD supporting up to 1GB. 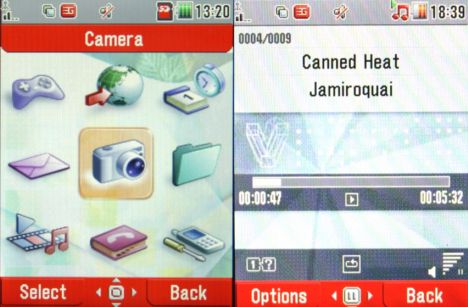 Reception: excellent, no hisses and no drop calls.

Battery life: 330hours of standby translates to approximately 3 and a half day of what we consider average usage. Streaming multimedia over the network is extremely power hungry. Toshiba also claimed that voice calls can last up to 6 hours, just to give you an idea.

Infrared: supported. Worked well. Can also act as a modem for your laptop.

Bluetooth: not supported. Come on, how expensive is a Bluetooth module, 3USD?

USB2.0: the TX80 can act as a card reader/writer for the microSD card for your PC.

Messaging: SMS and MMS only. Email is not supported

Browser: WAP only, no full Html browsers built in.

We have generally found not fault with the TX8, just a couple of missing features. The lack of Bluetooth is perhaps the biggest deal breaker here (given it’s retail price). The camera worked well (which you will see, once we have the graphics up), reception is great, battery life is above average for a phone at its class… but really, don’t expect too much on top of the usual phone functions. — Sam Chan