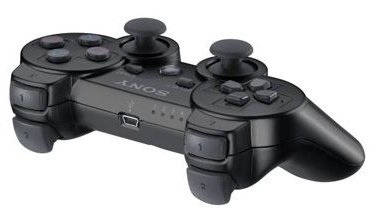 While the PS3 has the highest price of any of the 3 next-gen consoles, as of yet, it hasn’t done too much to impress the market in terms of rising up above the Xbox 360. On topic here, the issue of the leaving behind of the DualShock’s rumble feature.

A company named Splitfish has claimed that they have the capabilities to integrate the rumble back into the Sixaxis controllers. This is interesting because Sony was so adimant about the fact that rumble features would be impossible to integrate with the “revolutionary” tilting.

While Immersion is still having legal troubles with the whole Sony tech/patents, Splitfish says that their tech does not interfere here. It is also interesting that there have been no stated ties between Splitfish and Sony. It’s out in the wild. Money is key here and Sony would do well to put the rumble back into the controllers. — Nik Gomez