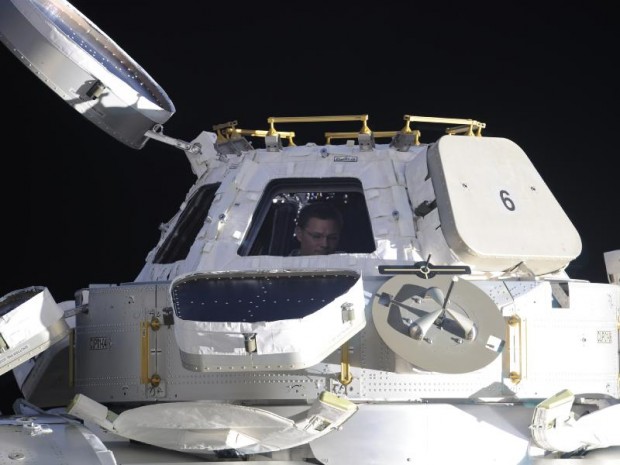 It’s getting pretty plush up there. Yesterday, NASA released this image of Expedition 25 commander Doug Wheelock in the “cupola,” a bay window installed on the Earth-facing side of the International Space Station in February 2010. (Mission planners are rushing development of the inglenook, wine fridge, and microgravity jacuzzi for delivery before the Space Shuttle is retired early next year.)

Here’s how the Sahara appears through the windows with all shutters open—it’s Google Earth in real time: 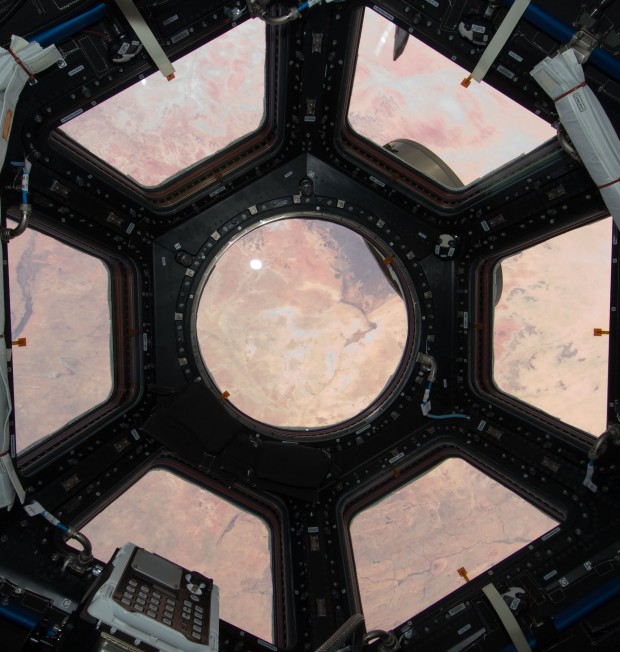