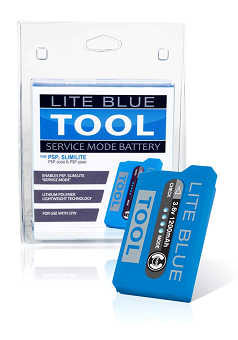 Back in November, we briefly discussed Datel’s Lite Blue Battery Tool, a battery you plugged into your PSP 3000 and used to run homebrew code. All was going well for Datel, until Sony decided it’d rather sell UMDs then have consumers pirate every PSP title. Now the Japanese megacorp is suing Datel and sales are now suspended until the lawsuit is resolved. Will Sony come out on top? Hard to tell, but judging by the legal team it has, I envision the Lite Blue Tool as an upcoming collector’s item.