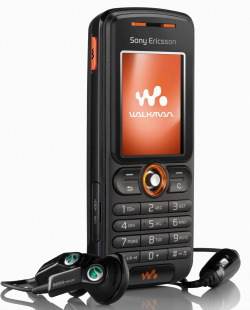 So maybe this new Sony Ericsson W200 will only carry 27MB of built-in storage, but its battery life of an estimated 18 hour playback battery life puts your iPod to shame. Don’t worry about the 27MB internal, you can put a Memory Stick Micro card into it and expand to however large a card you want. As far as file formats go, it supports MP3 and AAC, just like the Zune. Because Sony is focusing this product on the media market, there is a dedicated button that goes straight to the media player named Walkman Music Player 1.0. It will be available in Q2 of 2007 and will come in two colors: Rhythm Black and Pulse White. The screen featured here is 128 x 160 and weighs in at 65K-colors. As for the camera on it, it does come with a 4x digital zoom (which you should already know mean nothing, absolutely nothing). No pricing as of yet. — Nik Gomez