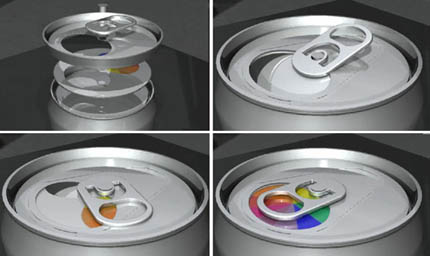 After taking a good look at Johan De Broyer’s Soda Seal, I have to say I’m impressed. Time after time, soda cans are usually littered about the house, sometimes half-full. Rather than let them sit around and become flat, the Soda Seal would cut back on wasted soda and that’s always a good thing.

The device isn’t intended to be added to cans by users but rather is supposed to be included on the can from the manufacturer. You crack a can, drink some soda and when you want to reseal it, you just twist the tab around and on slides the seal. De Broyer even points out that you could advertise on the seal. What do you think? Useful application or utter crap?