Slinky Attempts to Hide As A Light Fixture 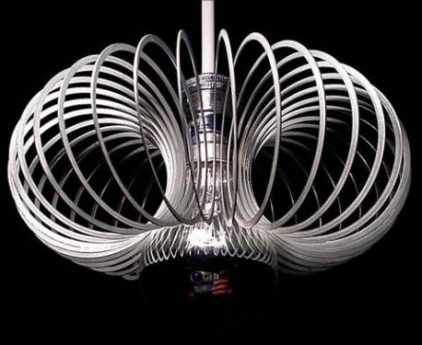 The Slinky, being one of the most popular toys of the 20th century, can hardly just walk down any public street like any other run of the mill toy. Poor Slinky would be mobbed by adoring fans.

In an attempt to live a half normal life, the Slinky as been forced to disguise itself as a light fixture. See what you people have done? The Slinky Light is pretty much a normal slinky, attached end to end, with an upside down uplighter bulb thrown in-between. 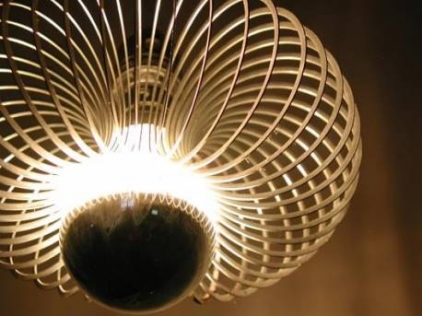