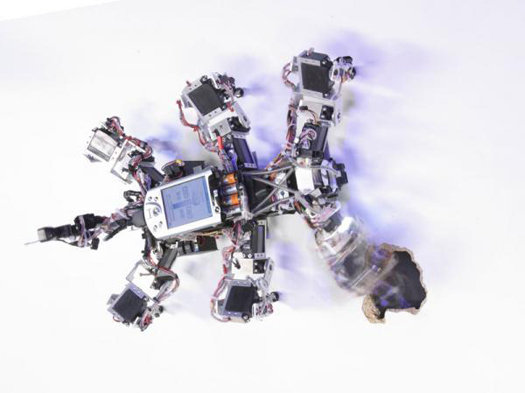 It’s safe to say that most robots are still pretty stupid. The future we planned with fully-autonomous robots on isn’t quite here yet. Most are still strictly human-controlled and/or have a one-track mind. Researchers in Gottingen, Germany have developed a six-legged arachnid robot which autonomously decides its own gait speed, depending on the terrain, using a system called “chaos control.”

The scientists created the dextrous ‘bot by simplifying the complex processes that occur in the human brain as it performs recurring movements like walking. In the brain, neural circuits called “central pattern generators” (CPGs) control these motions, taking in sensory data, determining a pattern in the input and generating the proper response.

Psh. Whatever. I could totally do that.