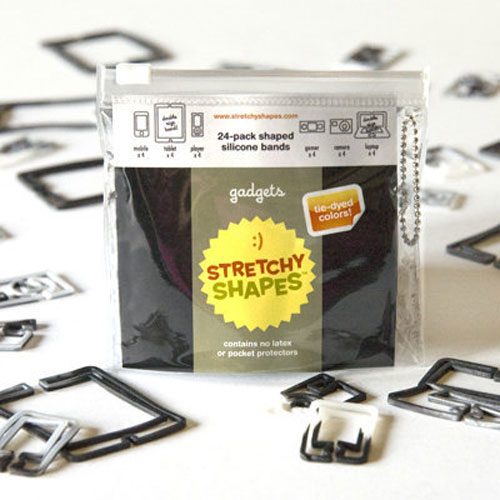 I have to admit I was sort of worried when I discovered my teenage brother had been collecting butterfly-shaped rubber band bracelets. I had no idea that these Silly Bandz were actually a “thing.” Sort of like Tamagotchi and pogs were a “thing.”

I have no idea what the fascination with animal shapes is. I guess it ‘s because animals are easily recognizable to everyone. I guess you need to be a part of that generation to “get it.” These stretchy rubber band bracelet geeky Silly Bandz knockoffs come in a variety of geek-related shapes including tablets, notebooks and MP3 players. I admit that the geek-variety is slightly more intriguing. But still sort of pointless. At least slap bracelets made a cool noise and involved some sort of interaction.