Sharp HN-IR1 beams your pictures to HDTV in a flash 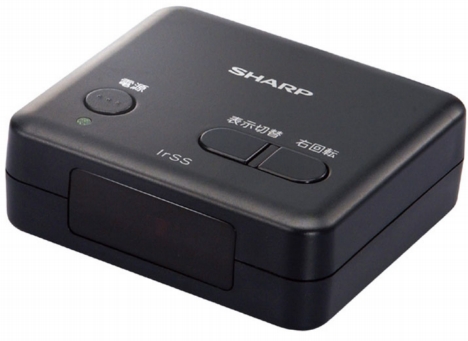 We’ve seen a number of overbox solutions for watching pictures on TV, we have products from giants like Sandisk and Iomega, the problem with these products is that they don’t support HD resolution, and you need to walk over and plug your memorycard in physically. Sharp seemed to have gotten it right this time with the HN-IR1 wireless photo adapter, first off it supports the second generation Infrared beaming protocol the IrSS with a maximum speed of 4Mbps, the limitation would be its 20cm range; it’s Infrared after all.

The other side of the IR1 will connect to your HDTV via the 1080i D-port. The maximum resolution of JPEG supported is 8 megapixels, which is really sufficient for all the phones that support IrSS. You can also zoom in and flip your pictures on the TV. These are only some really basic functions, so the box itself is pretty tiny too, measuring 79x70x28mm and weighing 66g. Obviously Sharp is only dipping its toes into a new market, by positioning the IR1 as a cellphone accessory, and the phones supporting IrSS right now are all Japan-exclusive. Take note that the Aquos High Vision Recorder announced last week can also support a similar function. Estimated retail price is just over 100USD, they should be available in March. —Sam Chan