Sensoria, The Smart Sock For Runners!

There are a good many fitness gadgets on the market but none like Sensoria, the new smart sock for runners that debuted at CES this year. 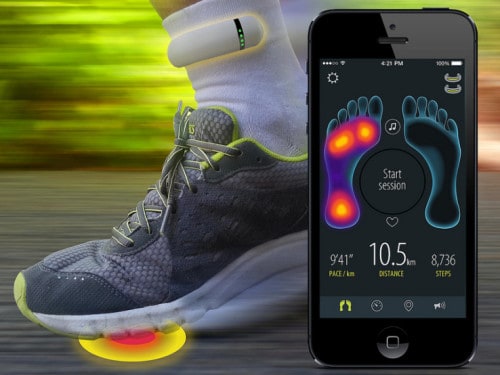 The Sensoria from Heapsylon made its debut at the 2014 CES and definitely marks something new for fitness fans and runners. The Sensoria is a smart “sock” that coaches runners based on their running technique using real time monitoring and a heart rate monitor that is built in to a t-shirt or bra. The data gathered from the Sensoria system is tracked by a smartphone application which also tracks distance and steps as well as cadence and heel striking.

The Sensoria holds particular significance for those new to running since it provides constructive feedback in terms of common running concerns for new runners that often lead to calf, foot and ankle pain.

The Sensoria will be available in the spring of 2014 and in the future (if rumors are true) it will feature running feedback fed to the runner in a Google Glass type wearable device – at least that is what is being said about the partnering of Sensoria team with Google Glass developer, Race Yourself.