Scotty’s Still Reaching For The Stars 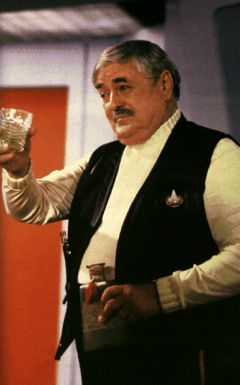 Following the failed space funeral of Star Trek actor James “Scotty” Doohan, his son told BoingBoing that portions of Scotty’s ashes will continue to be launched into space until they finally enter orbit. Scotty’s ashes were lost aboard the SpaceX rocket that spun out of control last weekend, but space burial company Celestis keeps “backup supplies” of their customers remains on hand in case rockets get lost.

Erich Blackhound, one of Scotty’s sons, said that the many unsuccessful attempts to send his father’s body to the stars have taken a toll on him and he’d “like to finish saying goodbye.” Though Blackhound thinks his father would have been glad to be a part of the continuing evolution, he says can’t bear to watch anymore burials for his father and “when news of the next launch rolls around… I won’t be paying attention.” A spokesperson for Celestis told the New York times that space launches are “very difficult” and failures are an inevitable part of the rocket business.