Scientists May Have Discovered Earth’s Twin 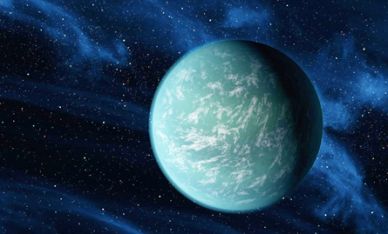 Astronomers have an exciting announcement — a planet about 600 light years away has been discovered in a “habitable zone”, which means it could potentially support life.

The planet has a 260-day orbit, which puts it right in the middle of the “habitable zone” around a distant star. The radius of this planet, called “Kepler-22b”  is about 2.4 times larger than Earth’s. The star supporting Kepler-22b is very similar to our own sun, though runs at slightly cooler temperatures.

This planet’s discovery was announced at the first-ever Kepler Science Conference, which took place on December 5th.

So, all we have to do is figure out how to transport astronauts 600 light years, and we could possibly have the chance to explore this ‘habitable’ planet.