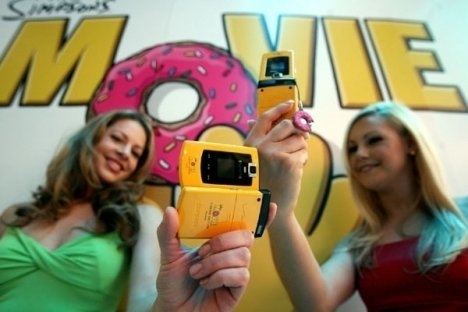 Samsung doesn’t know what they’re getting themselves into. With the news of their The Simpsons Movie collectible cell phone, every Pop Culture nut is going to be jumping for joy in his MC Hammer moon pants and Roo’s sneakers. The plan of a Simpson’s movie has been in the works by Fox as far back as I can remember. The fact that the longest running animated show is releasing a movie creates enough anticipation to give Guns N Roses’ Chinese Democracy a run for it’s money. But unlike Chinese Democracy, this movie, and phone, will actually see the light of day. The phone will come fully loaded with never before seen extras and features from the Simpsons movie, along with the official movie logo and the words “Special Edition” etched on to the face. We just wanna know if those models are included because they are HOT! 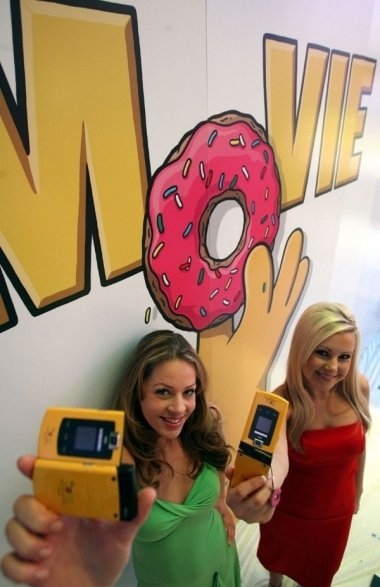