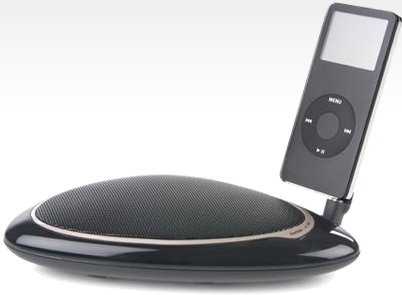 The idea of a flat laying semi-circular iPod speaker seems like a good idea, and looks decent when shown alone, but take another look. Take a look at it when the iPod is attached to the device. We wouldn’t put our iPods on something so fragile looking if you paid us. Well, maybe if you paid us. It’s not that it’s really that ugly, per se, it just looks so damn clumsy. Wouldn’t the iPod tip the speaker over if it isn’t properly adhesive to the surface?  Saitek swears that the “unique design” is that way for a reason, to maximize bass. Either way, we’d much rather have a dock that at least looked semi-secure. 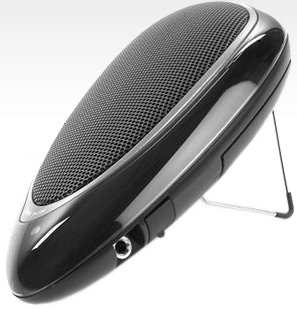 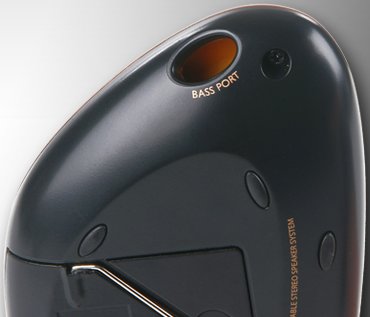