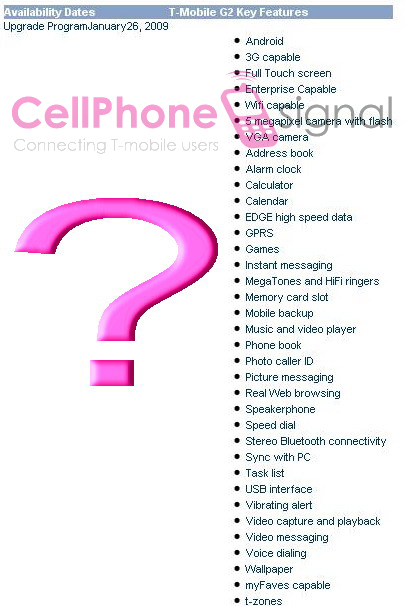 A rumor is going ’round the web today that suggest T-Mobile and Google will be releasing a new device called the G2 in January. I just got confirmation from my inside source at T-Mobile who says the device is indeed real and is coming soon. As for specs, he couldn’t confirm any of that with me but here’s what it’s supposed to feature:

WiFi capable ( no word about UMA)

5 Megapixel camera with aoutofocus and flash

Seems like an incredible device. Two way video conferencing? Very Google, especially with their recent Gmail upgrades. More details as they leak in.