Rumor: iPhone to double as a remote for Apple TV 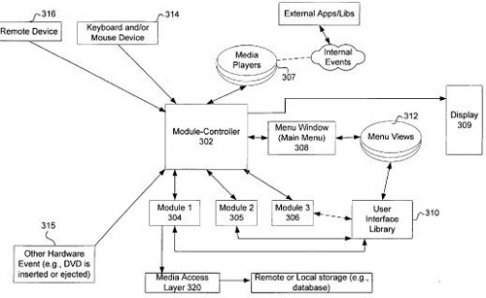 You might want to keep this on the down-low for now. Shhhhh! But the rumor mill is piping out some info that might make some Apple fans very happy. The multitouch iPhone might just have another feature added on that wasn’t formally announced. We heard from a bunch of gossiping old Jewish mothers that the iPhone might feature the capability to control Apple TV as a remote control.

The excerpt from the patent you see above is an official Apple submitted patent, but will it be cleared in time for a release? And does it matter? The patent hints that the iPhone might have features that make it more of a multi-media device than just a telephone enabled iPod, which would actually be fine with us if the features stayed the same. Though a nice remote feature wouldn’t hurt. Maybe even a remote feature for our MacBooks? — Andrew Dobrow