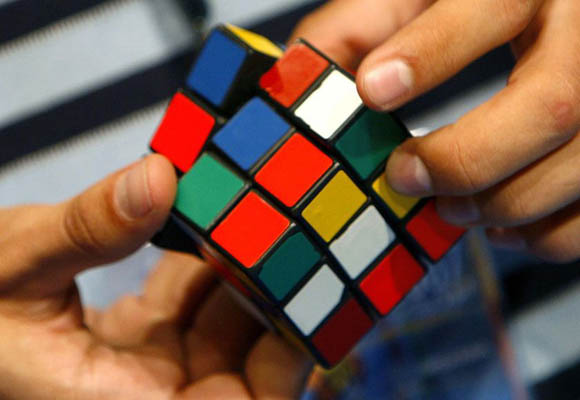 Every solver of the Cube uses an algorithm, which is a sequence of steps for solving the Cube. One algorithm might use a sequence of moves to solve the top face, then another sequence of moves to position the middle edges, and so on. There are many different algorithms, varying in complexity and number of moves required, but those that can be memorized by a mortal typically require more than forty moves.

So it seems as though some Rubik’s pros have been making it harder on themselves in the memory department. Cube20 has a pretty detailed explanation on how this was actually done, so head over to the link to get a better idea of how the number 20 became the God number. OK, now do the same thing for the 12-sided cube. Do it!