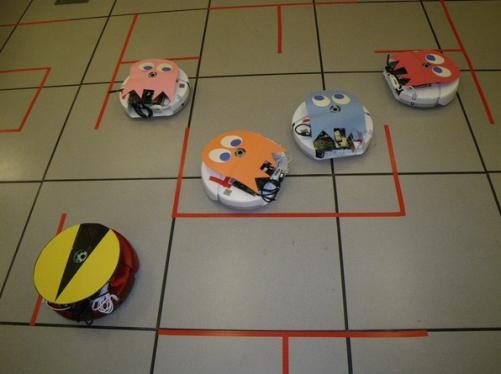 I’ve never claimed to be the most hygienic blogger among us, nor have I claimed to vacuum my humble apartment as regularly as I should, but I imagine if I had a cleaning rig like this, I might just set-out to clean my home at least once a week.

Utilizing five different Roombas instead of only one, which we’ve seen previously, this Pac-Man Roomba set-up insures that you have a little amusement while the Roombas do their jobs. The genius creator behind the Roomba Pac-Man game has also rigged the system up so that the ghost Roombas can distinguish the Pac-Man Roomba from the rest, thus setting into “chase mode.” Alright, enough talk, let’s get cleaning. Check out the vid after the jump.