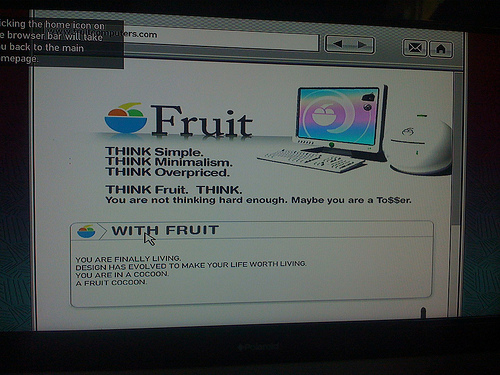 I won’t be able to check out GTA IV until later tonight, but apparently, if you venture into an Internet cafe and explore around the private network the Rockstar crew has set up, you’ll find a page poking fun at everyone’s favorite company.

Instead of Apple, you see Fruit. And yes, it implies two things. That you are gay because you use Apple products and that you are a snob. While both aren’t necessarily true for every Mac user out there, it’s still a fun jab at the corporate world. After all, would you expect any less from the guys who let you fuck hookers in cabs? Didn’t think so.